German Business Correspondence: Don’t Mix Up Your Du and Sie 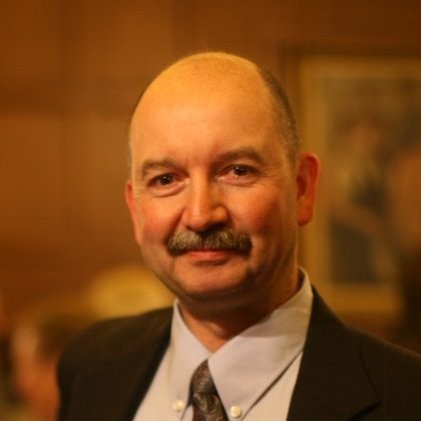 There are no hard and fast rules when it comes to business correspondence with German, Austrian or Swiss clients like there are in Japan (as we explained here). At the same time, Germans are fairly predictable when they write business letters while there is a trend to relax the rules for e-mails. As you might expect, compared to America, written correspondence is quite formal. And they are just as direct as when they are speaking. Which means, when you write your German business partners with cheery US West Coast optimism, your tiptoeing around having to say “no” might not be lost on them, but they would have preferred a frank and concise message.

Here are six tips that will help you not to get lost in translation with your German business emails and letters.

Are you writing to prospective new clients or sending a newsletter to established clients? Are your customers mostly Millennials or Boomers? The answers to these and comparable questions will determine the overall correspondence style and the level of formality. If your audience spans more than two decades of generations, it’s best to lean towards the formal end of the spectrum.

One register does not fit all channels

Afficionados of pipe organ music are familiar with the term “register” – organs can sound like string, wind, or brass instruments depending on their settings. Likewise, sociolinguists refer to the term “register” on a formality scale, ranging from frozen and formal language to casual and intimate messaging. Your register will not only depend on your audience, but also on the communications channels you are using. So, a social media post will contain different wording, grammar, and formal elements than the foreword of your annual report.

The standard opening for a business letter or an email still is “Sehr geehrter Herr Meyer”, which literally means “Very honored Mr. Meyer”, but is the equivalent to “Dear Mr. Meyer”. When addressing a woman, it becomes “Sehr geehrte Frau Meyer” (Dear Ms. Meyer). You should up your game a notch by including a person’s academic title like “Dr.” or “Professor” (following, not replacing Herr/Frau), which will be much appreciated by older generations since it used to be a way of showing respect.

Once you become more familiar with the person (and maybe have met him or her face-to-face), you can switch to “Lieber Herr Meyer”, which still means “Dear Mr. Meyer”, but is significantly less formal. Using just somebody’s first name, however, remains a no-no unless you are sure you’ve become really good friends and have been specifically offered to say “du” (also see: The Du/Sie trap).

In e-mails, starting out with “Hallo” has become more acceptable, once you have a certain level of established friendship, possibly already after your second or third e-mail thread. This can be further (but carefully) tailored to your relationship level by using either the person’s last name, omitting titles, but still preceding the last name with Herr/Frau, or by using their first name only, once you have moved to the casual end of the spectrum. Finally, and most importantly, leaving out any form of address in the course of an email conversation, as is very common in the US, is typically considered rude in German-speaking countries.

Again, you have the choice of several formal and less formal endings for your letter or email in German. Once considered a standard ending, “Hochachtungsvoll” and the variant “Mit vorzüglicher Hochachtung”, which literally translates into “With the Highest Respect”, has fallen out of style. It is only used in some governmental and medical letters, and is considered by many to be too formal these days, even implying impoliteness.

Instead, the neutral ending “Mit freundlichen Grüßen” (literally: “With friendly greetings”, equivalent to Sincerely) has become the new norm. In e-mails, this ending may quickly transition to “Liebe Grüße” (or short: LG) or even “Herzliche Grüße” (Cordially/With cordial greetings). When dealing with a pressing matter, it is also ok to finish your correspondence with a slightly passive-aggressive call to action such as “Ich freue mich auf Ihre Antwort” (“I am looking forward to your reply”).

Finally, don’t forget to always sign with your full name, not just your first name. Otherwise, you just switched to the informal “du”, a deadly sin, as you may have sensed by now, unless you have reached the first name level of your relationship. You can find a useful list of commonly used phrases here.

German business correspondence usually strives to be concise, to the point, and doesn’t beat around the bush. Don’t be afraid to communicate very directly and explicitly as Germans formulate important statements without window dressing. To some people, this can appear rude and threatening without the German counterpart meaning to or even noticing it. In return, Germans tend to not easily recognize and respond to subtleties such as indirect hints or meaning hidden between the lines. You are better off leaving these out.

There are certain rules when to address a person with the formal “Sie” and when to use the informal “du”. In general, every encounter starts out with addressing each other as “Sie”, be it verbally or in writing. When growing closer, it is up to the elder to offer to switch to “du”. Higher rank also trumps lower rank in this instance. It gets a little complicated if the boss is younger than the employee, but you should definitely err on the safe side in your business correspondence and stick with addressing your recipient as “Sie” unless specifically offered otherwise.

And to keep you on your toes, these rules are very much in flux at the moment. Much depends on the corporate culture. Tech companies may prefer flat hierarchies, where “du” is more prevalent, even all the way up to the C suite. Companies focused on life-style products, e. g. IKEA, switched to “du” entirely. Even traditionally conservative sectors, like banking, are trending towards the internal “du”, while keeping the formal “Sie” for external communications.

There is a trap here though. Once someone has offered you the “du” it is considered a “faux pas” (but usually forgiven), to switch back to “Sie”. So, you had better keep a list. But no rule without exceptions: Lately, “du” with an expiration date can be encountered at training events: The participants agree on the “du” vs. “Sie” option at the beginning of in-person sessions, then switch back to the formal “Sie” in written communications after the event. And hopefully, you’ll never end up in a situation where you are not sure whether your boss still remembers the next day that he/she offered you the “du” at last night’s company party…

We hope these pointers will help you to successfully communicate with your German business partners. We at Chillistore are happy to assist you with your cross-cultural learning.

Don’t hesitate to contact us with your translation or localization needs today.

All Your Localization QA Belongs to Us

Technology Localization: The Opportunity and the Imperative

Let’s build something great together